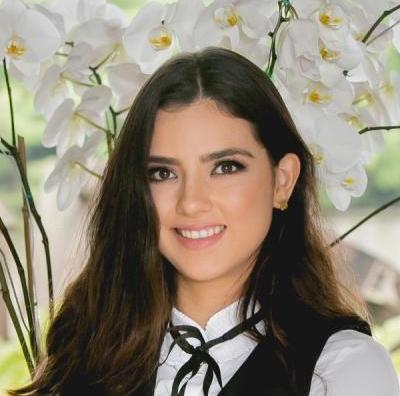 Polymesh Network is the world’s first public, permissioned blockchain built for regulated securities. The Polymesh Governing Council is crucial in Polymesh governance as the primary decision-making body of Polymesh. Its main role is to chart a path forward for future development, and it can also fast-track proposals to deal with emergency fixes.

Netki, led by Justin Newton, has been working with Polymesh to fulfill its mission by bringing blockchain-specific identity verification to the network. The collaboration has helped protect against fraudulent account creation while ensuring the onboarding process to the chain is easy and efficient for global users.

Justin Newton is an early internet pioneer and a startup veteran - a serial entrepreneur, thought leader, and innovator with a reputation for driving companies to unicorn valuations while exemplifying the ideals that defined the internet revolution: free speech, anonymity, decentralized ownership, open infrastructure, and permissionless innovation.

“We are excited to welcome Justin as an appointee for Netki on the Governing Council amid a time of tremendous growth and opportunity for Polymesh,” said Graeme Moore, Head of Tokenization at Polymesh. “Justin’s experience at the intersection of decentralization and compliance is a valuable addition to our capabilities. His proven track record of partner-related accomplishments and driving companies success on an international scale will be advantageous in propelling Polymesh’s growth.”

Justin has been a highly sought-after participant in government-led initiatives on digital identity by the US Treasury, the Monetary Authority of Singapore, the Central Bank of Aruba, the government of El Salvador, and other global agencies and institutions. Mr. Newton recently participated in Bitcoin Miami 2022, sharing his experience as the first KYC provider to successfully onboard a country with over 4 million users joining the Chivo wallet in less than 45 days.

“Securities are a key part of the digital asset ecosystem and dramatic growth in the immediate future. Polymesh has accomplished the twin goals of building technology capable of fulfilling regulatory compliance requirements and fostering institutional confidence. At Netki, we are excited to be working with Polymesh to help drive the standards and build that future together,” said Justin Newton.

As a tech executive, Justin led four consecutive companies to $1B+ IPOs. In 1998, Justin helped take AboveNet, a leading Internet Infrastructure company, public, followed by NetZero, the world’s largest free ISP, in 1999. Justin was then EVP of IT for Demand Media, now Leaf Group, where he prepared their technology platforms and IT infrastructure for the stress tests and audits required in advance of their public filings. Additionally, Justin applied all of this technical expertise to the financial services industry as CTO of Blackline systems, developing software that was instrumental in ensuring financial stability in the wake of the 2008 global financial crisis.

Founded in 2014, Los Angeles-based Netki is the only KYC-AML regulatory technology provider developing remote identity verification solutions purpose-built for blockchains. TransactID is the first and most inclusive Travel Rule solution. It is the only solution that includes both VASPs and non custodial wallets, and now with TransactID Bridge can interoperate with other major Travel Rule networks. Its flagship KYC and AML solution, OnboardID, has licensed validations for over 1 million identity documents. Netki’s scalable, flexible, automated technology increases trust in regulated transactions on the parts of sellers, buyers and regulators. Its products are included in the IBM blockchain ecosystem, Amazon Web Services Partner Network, Microsoft Azure Blockchain as a Service, PwC Australia’s Digital Asset Services, and the Bitt’s Central Bank Digital Currency platform and mMoney mobile wallet. For more information, visit netki.com.

Polymath makes it easy to create, issue, and manage tokens on the blockchain. More than 200 tokens have been deployed using our Ethereum-based solution, and we are now working on the Polymesh blockchain initiative, an institutional-grade blockchain built specifically for regulated assets. It streamlines antiquated processes and opens the door to new financial instruments by solving the inherent challenges with public infrastructure around identity, compliance, confidentiality, and governance.