Russia’s unprovoked and indiscriminate invasion of Ukraine has triggered unprecedented sanctions against Russia’s kleptocratic class. Rightly so. For the sake of future deterrence and our collective morality, the international community must emphasize that leaders and enablers who violate 21st century sovereignty and human rights norms should lose the right to access the 21st century economy. 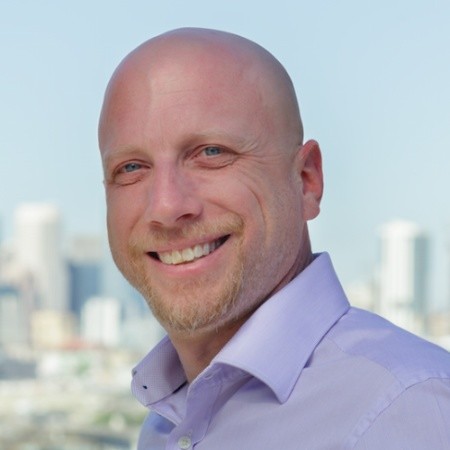 LOS ANGELES. March 31, 2022 -- Russia’s unprovoked and indiscriminate invasion of Ukraine has triggered unprecedented sanctions against Russia’s kleptocratic class. Rightly so. For the sake of future deterrence and our collective morality, the international community must emphasize that leaders and enablers who violate 21st century sovereignty and human rights norms should lose the right to access the 21st century economy.

Sanctions are, however, imperfect tools. While limits on sovereign debt trading, SWIFT bans, and asset seizures will significantly restrict the activities of Putin’s core enablers, they are far from watertight. As other examples of modern sanctions policy have shown, sanctioned entities can use sophisticated economic strategies, such as offshore shadow finance and deceptive trade practices, to keep money flowing. These leaks frequently mean everyday citizens, not just leaders and oligarchs are caught in the cross hairs. Cryptocurrency has the potential to compound these issues.

I believe strongly in the promise of blockchain technology and cryptocurrency. I’m confident that the ability for cryptocurrency to provide individuals with the means to save and spend without the permission of greedy banks or distrustful governments will be a source of economic liberation, particularly for individuals in the developing world. Indeed, we are already seeing many of the positive benefits of cryptocurrency, with donations flowing to support the Ukrainian people and government at a much faster pace than financial support from governments and aid organizations.

However, as with most positive developments, there is a flip side. Blockchain’s inherently open door cannot differentiate between the well intentioned and the criminally corrupt. By design, blockchain cannot discriminate between a Salvadorian migrant worker trying to avoid obscenely high remittance fees, or a Kremlin-backing kleptocrat seeking to hide criminal wealth.

Yet, this open door does not need to be the only option. Tools are available to provide an essential amount of security and due diligence. Critically, these tools can be implemented while protecting the rights of those with innocent intentions. If these tools are not implemented across the blockchain ecosystem, the open door to cryptocurrency will serve as a gateway to crooks, sanction evaders, and human rights abusers.

As sanctions continue to strangle Russia’s economy, the following weeks and months will demonstrate if crypto will be seen as a mainstream - albeit revolutionary - financial tool or just a power vector for otherwise-marginalized malign actors. If crypto’s power brokers believe, as I do, in the necessity of a durable and accepted crypto industry, it’s time we all get serious about sanctions evasion and anti-money laundering.

While some legislators - ranging from US senators to European parliamentarians - believe new regulations are the most important way of ensuring compliant crypto networks. The fact is existing technical solutions operating in accordance with established financial regulations are the most effective means of ensuring compliance. To best illustrate this, we need to take a step back.

Crypto isn’t quite “the wild west” of finance, as so many of its detractors claim. At the present stage of adoption, most crypto related activity does not take place on the blockchain directly, but rather on institutionalized exchanges built on top of the base layer. Many of these institutional exchanges, such as Coinbase and FTX, have embraced effective Know-your-customer (KYC) technology for individuals seeking to join their platforms. Other exchanges have gradually come around to full onboarding compliance.

Of course, while these platforms are widely popular due to their ease of use, they would not be the evasion tool of choice for sanctioned oligarchs - few can seriously imagine Roman Abramovich laundering his billions through the Coinbase app on his iPhone. Sanctioned entities will likely seek to transact directly on the base blockchain. On the blockchain, there is no onboarding. Anyone in the world can create a wallet. The challenge is to ensure that major crypto asset holders, specifically institutions, refrain from conducting considerable transactions without conducting due diligence on the counterparty to ensure they are not sanctioned individuals. This is where the Travel Rule comes into play.

The Travel Rule is an international regulation overseen by the Financial Action Task Force (FATF) that requires the disclosure of critical information of both parties to a transaction (provided the transaction is large enough to warrant scrutiny). When it comes to Travel Rule implementation and enforcement, the crypto world is dangerously non-compliant.

Large transactions are frequently conducted on the blockchain between major actors with little to no questions asked. Significant digital asset holders can freely transact without any knowledge of the transaction’s counterparty - this is an obvious incentive for illicit actors. There has long been a dark market allowing cybercriminals in Russia to trade their stolen or ransomed Bitcoin into rubles. This market works equally well in the other direction, giving oligarchs the opportunity to convert their stranded rubles into liberated Bitcoin, freeing the funds to be used with suppliers and trading partners globally. Transacting directly on chain and avoiding regulated entities such as exchanges the sanctioned gain access to a fluid and useful currency which they can either spend directly or convert into another currency for use in a local jurisdiction.

There are two solutions for this that must be pursued in parallel. The first relates directly to Travel Rule implementation. Any institution that is active on blockchain should use off the shelf Travel Rule tools to assist with this implementation and should ensure their solution works with all types of transactions regulated, or likely to be regulated, such as those involving privacy preserving technologies such as privacy coins, self-hosted wallets, and layer 2 networks such as Lightning. A simple identity verification and exchange process along with a sanctions check should be sufficient. A good system will prevent the leakage of personal data beyond the required participants in the transaction, as it is equally important to preserve the privacy of innocent institutions as it is to inhibit the activities of nefarious ones.

Of course, this will only safeguard transactions using institutional blockchain actors. In the best case these requirements extend to cover transactions between institutional players and individual wallets, but even that is missing from many regulations and implementations today. Thus, second, KYC implementation for Travel Rule compliance must be coupled with enhanced oversight by competent regulatory authorities, such as the Office of Foreign Assets Control (OFAC) and the Financial Crimes Enforcement Network (FinCEN).

The threat to the legitimacy of crypto is very real, but those who believe in the promise of blockchain cannot let the detractors delegitimize the entire enterprise. The crypto community has a set of tools that can safeguard blockchain technology for positive societal change. When markets go dark, the illegitimate users of the platform can squeeze out the legitimate uses.

Failure to implement these tools may cause untold reputational damage to cryptocurrency and greatly inhibit its ability to become mainstream.